Kyaw Summit Tour & Travels Co., Ltd is a Travel Agency in Myanmar. Some Staff in the company are 20-year well-experienced in Myanmar Travel Circle. The Agency handles both inbound and outbound tour with excellent service, as well as ticketing in Myanmar while as a member of UMTA under the management of Directorate of Hotels and Tourism of Myanmar.Since the agency starts in function, as Cooperate Social Responsibility, the Equity NGO Myanmar has been organized mainly for women empowerment and Child Protection main-streaming Disaster Risk Reduction & Climate Change Adaptation via micro-finance, capacity building trainings and advocacy.
Myanmar is situated between the world biggest countries China and India also bordering more with Bangladesh, Thailand and Laos. It is the biggest one in South-east Asia with a population of more than 50 million, about 80 percent of which lives in rural areas composing about 135 different ethnic groups. When on tour, one may feel and let oneself reach beyond expectation and dreams by experiencing material nature, immaterial culture and knowledge since versatile tour guides for inbound tours and tour leaders of that kind are available. In the way of prearrangement, mainly all kinds of tour such as Business, Pilgrimage & meditation, Special purposes, Exchange, Study, Sports, Nature and Cultural events, Leisure on Beaches & Tracking on Highland ...etc., can be made based on ready-made package itineraries . 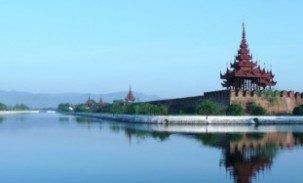 Mandalay is a busy metropolis, the last or the 9th royal city of Myanmar Kings in its history, named after Mandalay Hill which also derived from the Pali term MANDALA, a palace site of Universal King called Indra. 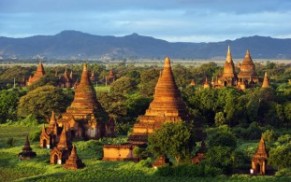 Bagan is a key tourist destination in central Myanmar with over 2,000 ancient (from the 10th to the 14 th century) Buddhist religious structures, citadel, moat and palace site. 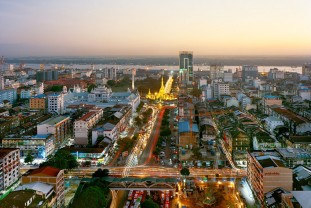 The colonial and former capital of Myanmar, and its largest city, Yangon, with 10% of population of the entire country, where Shwedagon Pagoda, is a must to visit. 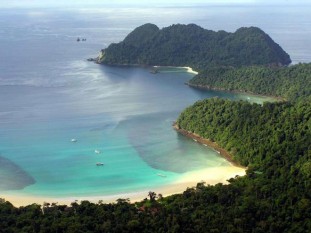 The Myeik archipelago is situated on the southern Taninthayi Division of Myanmar (formerly called Tennesarim coast), above 800 spotted islands ,can be accessed by air and by land from Yangon . 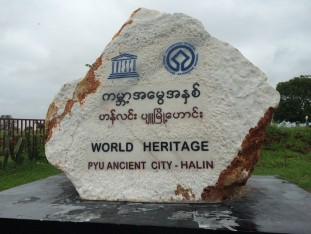 Pyay is located 5 hr driving north of Yangon. Sri Ksetra, Center of Administration of a Pyu Kingdom, is one of 3 World Heritage Sites (enlisted in 2014) of Pyu Ancient Cities in Myanmar. 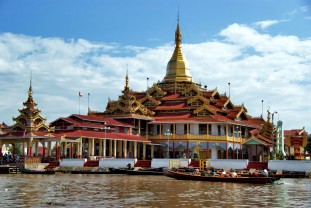 Inlay or Inle Lake in Shan State, 22km long, 11 km wide, is famous for the unique way of life on the lake(900 m above sea level), leg- rowers and floating gardens and inhabited by many different ethic naitonals of the area.

Kayin State , land of the lime-stone caves and rock shelters such as Sadan, Kawgun and Yathe Pyan, limestone caverns and hillocks with Mt. Zwekabin, can easily access by car from Yangon and Nay Pyi Taw like Mon State (by train too) where Kyaikhtiyoe or Golden Rock exists. 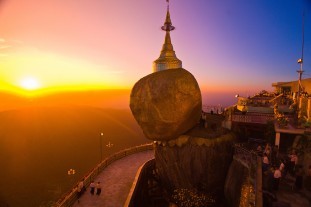 Mon State having golden temples and pagodas, historical sites, colonial buildings, and scenic coastline, is easy and accessible by car and train from Yangon and Nay Pyi Taw. 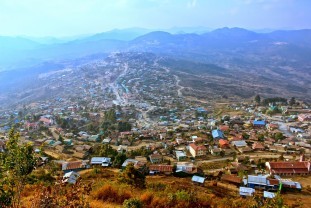 Chin state, land of Rhododendron where peak of Mt. Victoria (or Nat Ma Taung) exists and bordering India, is mainly accessible by car on poor roads cut along the mountain sides and valleys.

Kayah State, has opened recently up and a home to nine ethnic groups including the Kayah people, well known for their bright, red attire and the Kayan, most recognizable with adult women wearing bright, brass neck rings. 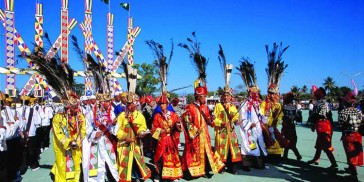 In Kachin State, Hkakaborazi, the nation’s highest peak at 5,882m, is situated in the snow-capped mountainous region far north of Myanmar. Myitkyina, the state capital, the week-long Manaw (totem pole) festival is famous. 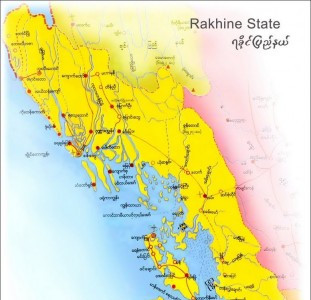 It is situated on the Bay of Bengal coast, famous for Ngapali Beach and Mrauk Oo, the ancient city of the state, famous for centuries-old Shitthaung, Dukkanthein, Kothaung, Laymyatnha, Andaw pagodas .

Your message has been sent. Thank you!